Do you have stories or pictures from the Highland community? Email crystalbyrdfarmer@gmail.com! 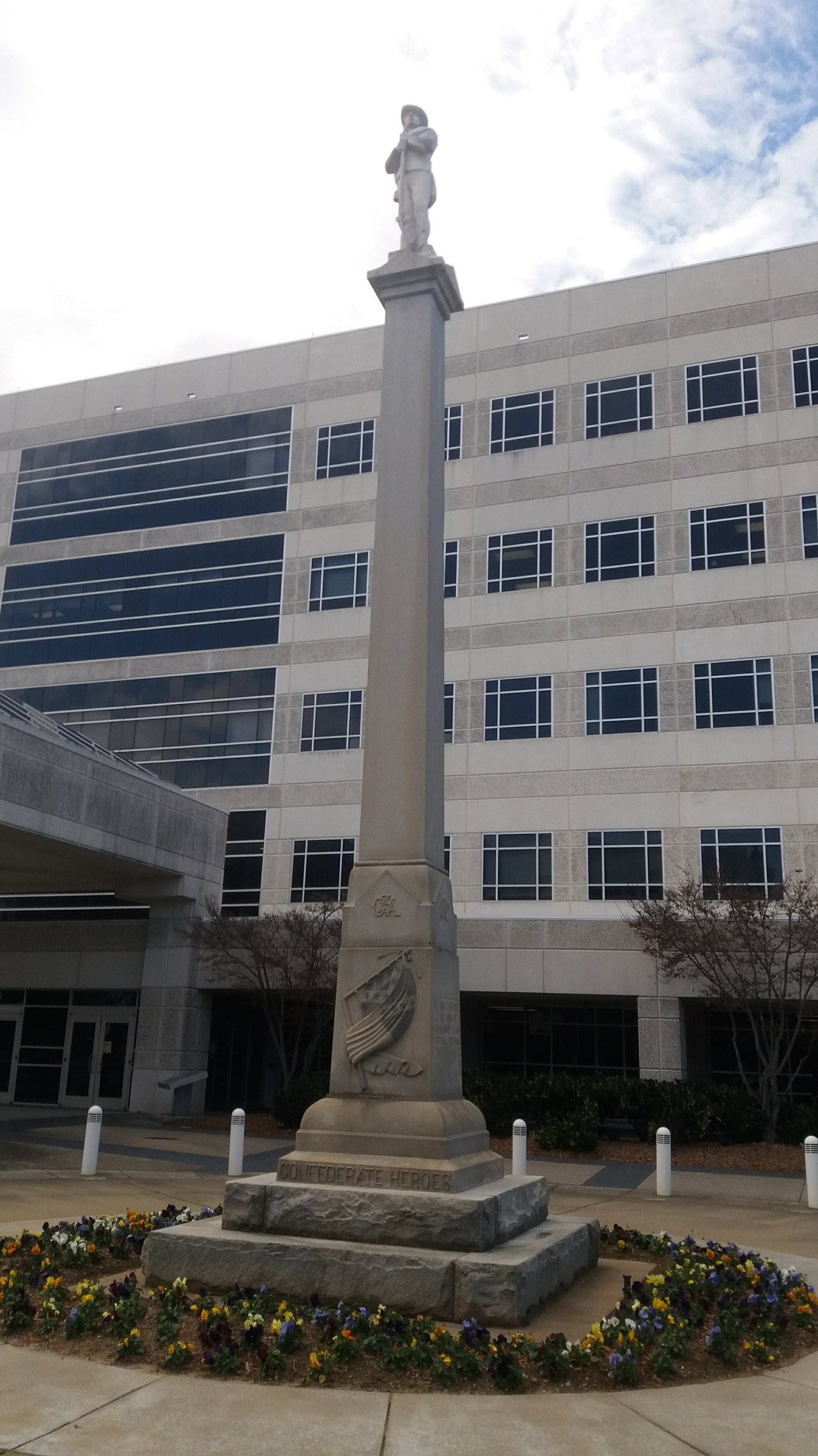 You know it. If you ever have business in the Gaston County Courthouse, you pass it walking in the front door. The furor over Confederate monuments has passed now, but ours still stands.

Gaston County was around for the civil war and yes, most of our heroes fought on the losing side. I have not read deeply into the effects of the war, because the county was still dependent on selling whiskey for income. The textile boom was decades away. During Reconstruction, a number of black residents voted and ran for local offices, but the Ku Klux Klan was just as active suppressing their vote. By 1900, blacks were not voting at all. Our confederate monument was built in 1912 and placed in front of the courthouse on South Street. It was moved from the old courthouse (and placed on top of a large obelisk) when the new one was finished. I find it ironic that the complex, which includes the county jail and human services departments, displaced hundreds of Highland residents and the historic black business area on Page Ave.

Leonard Martin (also called Geter), a Highland High School graduate, spoke to the county commission about the monument in August. He talked about what the unnamed soldier meant to him.

He symbolizes bigotry, hatred, unfairness and inequality, when we know it’s supposed to be a courthouse for all people and their business. If it’s there, we know we’re not going to be treated the same.

Geter and his supporters were outnumbered at the meeting by residents who wanted the monument to remain, stating that it was part of their history and heritage. We’ve heard that argument before. The county commissioners claimed their hands were tied anyway, since the state does not allow monuments to be removed from government property without approval from the North Carolina Historical Commission. That law passed in 2015, just after Dylann Roof killed 9 people in South Carolina, and South Carolina decided to remove the Confederate flag from its statehouse grounds. Here in North Carolina, from local to state government, there is agreement on what to do about these monuments: nothing.

One thought on “The Monument”